Read Up on Our Blog Posts. 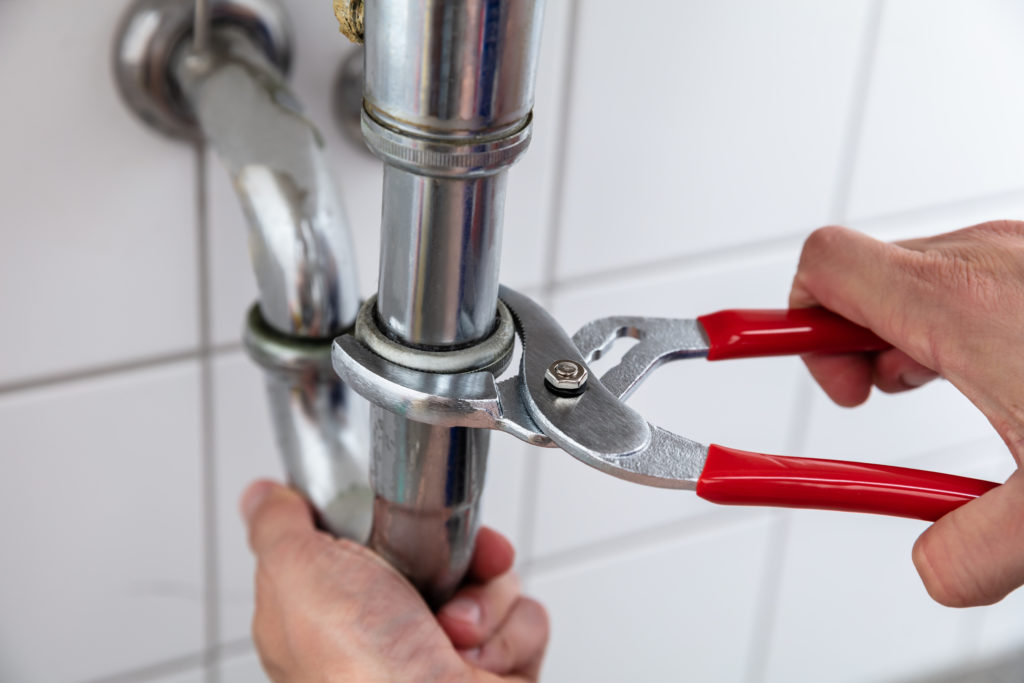 Longbeach Plumbing has been trading in the Bayside area of Melbourne for over 40 years. One of the reoccurring enquires we encounter is a foul

Vaporooter in Melbourne If you have tree…

Vaporooter in Melbourne If you have tree roots in your sewer line in South Eastern Melbourne Metropolitan area, including Melbourne CBD, the inner Melbourne, Bayside

TREE ROOTS AND SEWERS Over 75% of all sewer blockages are caused by tree roots finding their way into our sewer pipes. Trees are beautiful,

Blocked kitchen drain? Longbeach plumbing regularly clears drains where there has been build up of grease in drains, that has caused a major blockage in

Six reasons why Sanafoam Vaporooter is a better solution than just having your regular plumber unblock the sewer with a sewer snake.
1.       The cutting process encourages new & more aggressive regrowth of tree roots.
2.       It becomes a vicious cycle, reducing the time period between each blockage & increases the frequency of cheques you will part with.
3.       The mechanical cutting action causes slight damage to the walls of the pipe, resulting in deterioration over time which will ultimately lead to the drain collapsing.
4.       The thicker regrowth opens the cracks & joints even wider allowing more sewerage to contaminate your soil and more roots to penetrate your pipes.
5.       Sewer blockages typically occur during holidays or weekend periods when the plumbing system is being heavily used, this will result in inconvenience and a costly call out fee to a plumber.
6.       Replacement of the sewer is generally expensive and inconvenient.

Henry the Green Engine
When clearing a blocked sewer Sandringham with the hydro jetter & pipe camera Longbeach Plumbing came across Henry the green engine in the most unlikely of positions !

Drain Air gun
Longbeach plumbing is regularly called out to clear blocked waste pipes in hampton. Wastes pipes typically used to connect sinks, troughs, basin, shower, baths to the sewer system. Over the years slim, fat, oil , grease, hair, & soap builds up in the waste pipe which cause blockages. These can be cleared by different methods like removing the inspection opening to clear the waste pipe or running a sewer cable or jet down the pipe.
Longbeach plumbing uses a drain air gun to clear blockages which are not accessible. The air gun works by using carbon dioxide which is accelerated down the waste pipe to force water through the blockage membrane, without damaging the waste pipe.
Once clear, we recommend that the waste pipe is treated with Bio Clean on a monthly basis to prevent on-going blockages with the pipes. Bio Clean a blend of bacteria and enzymes. It creates no heat, no fumes, no boiling. It does not attack live tissue, nor inorganic materials, only organic wastes like grease, hair, food particles, paper, cotton & sewage. Bio Clean changes the waste particles into water, carbon dioxide and mineral ash which run harmlessly out of your waste system.  Within an hour after pouring the bacteria into the drain, the bacteria begin to eat their way into the waste that has accumulated on the sides and top of the drain pipe. This is their natural food. They digest the waste and spread throughout your system, cleaning it completely.

Longbeach plumbing was called out during the week to a block of 8 units in Moorabbin to survey a sewer with a pipe camera. Another plumbing company had recommended that a 25 meters section of the sewer be relined due to repeated sewer blockages cause by tree roots in the drain. The sewer had blocked multiple times causing after hour call outs which were inconvenient and expensive. The plumbing firm had recommended relining a 25 meters section of sewer which excluded the branch connections for a cost of $17,000. As the branch line were not included in the relining the sewer blockages would continue.
Longbeach Plumbing cleared the sewer which still had multiple tree roots in the pipe & survey the sewer with a CCTV drain camera. We able to confirm that the sewer was structurally stable with only a few minor fractures. In 8 weeks time Sanafoam Vaporooter will be applied to the sewer to treat the main line & branch lines of the sewer at a cost of $660.00. This will provide the client with a 12 month guarantee against sewer blockages due to tree roots in the pipe. Vaporooter will be applied annually to receive the ongoing guarantee.
Vaporooter can be applied to properties with hertiage listed trees as it will not harm the tree

A winter’s tale
Ahh, winter. The perfect season for cosying up around a roaring fire, popping a roast in the oven and inviting friends and a family over for a lazy Sunday lunch. It might be blowing a gale and raining outside, but inside, it’s all good.
Until your drain pipes decide to overflow that is…
There’s absolutely nothing guaranteed to spoil the ambiance more quickly than the waft of sewerage as it seeps into your garden and the panic of an emergency call out to your plumber.
Blocked pipes are, without a doubt, one of the most troublesome, inconvenient and most expensive plumbing problems you’ll ever experience at your property. They are usually caused by waste that has been inappropriately disposed of down your kitchen sink or toilet or by tree roots in your sewer pipes.
Roots in pipes, in particular, are an ongoing problem you can do without.
How to remove roots
There are a number of steps you can take to remedy the problem.
Firstly, if you still have old earthenware plumbing pipes on your property, you should consider replacing them with new PVC plumbing pipes.
However, if you don’t want to go to expense of changing your outdated sewer pipes right now, Longbeach Plumbing offers a range of cost-effective solutions to remove the roots from your drain pipes and keep them clear and free flowing.
Smile, you’re on CCTV
The increase in the use of pipe cameras over recent years has taken all the guess work out of drain clearing. A CCTV drain camera inspection allows us to discover exactly where the blockage is and what’s caused it, so we can recommend the right course of action.
More often than not, we’ll then use an electric eel or jetter to remove the build-up of roots.
This will have the immediate effect of allowing your blocked pipes to flow freely, but unfortunately the remedy doesn’t stop there. Just like pruning a tree, the extremely action of sewer cleaning promotes the regrowth of the roots and this time they’ll grow back thicker and more vigorously than before.
That’s why we’ll usually recommend a course of Sanafoam Vaporooter to maintain your newly clear pipes.
What is Vaporooter?
Vaporooter is a foam-based herbicide formulated to keep root growth out of your pipes. It works by penetrating the root cell walls and bursting them, causing the root to die and decay.
A preventative servicing plan using Vaporooter will help you to avoid the inconvenience of further drain blockages and inconvenient, expensive and embarrassing raw sewage overflows.
Talk to us today about removing roots from your blocked pipes and keeping them out.

Longbeach Plumbing was called out to a restaurant in St.Kilda to investigate the cause of a blocked drain last week. We surveyed the drain with a pipe camera which revealed the sewer to be in good condition with no structural problems or tree roots in the drain. Having established that the drain was in working condition, we investigated what would be the cause of the repeating blocked drains.
We discovered that all the cisterns connected to the blocked drain were all dual flush 4.5/3 litre and the urinal was waterless.  In addition to the minimal water being used, the toilet paper rolls were continuous feed with a cheap band of toilet paper, which does not break down in water & doesn’t shear off.
Factories, hotels & resultants are particularly prone to this type of blockage due the high usage. These types of properties traditionally use flush-o-meters which would flush large volumes of water when required. However in recent years there has been a trend towards water saving fixtures, which also happen to be cheaper to install.
We have recommended to our client that restricted roll toilet paper holders are fitted and additional water is used to flush the cisterns. This will stop the blockages and saving the after hour call outs.

A large proportion of Longbeach Plumbing’s work involves surveying drains with a pipe camera. We are often called into a property to clear blocked drains. Once the blocked sewer or blocked stormwater drain has been hydro jetted, the vision from CCTV drain camera reveals the faults within the drain.

The problems that are revealed by the pipe camera have a numerous of solutions such as:  regular drain cleaning with the hydro jetter, replacing toilet rolls with restricted fed paper, hydro jetting with grease release for greasy wastes, Bio-clean for build up of slime in the waste pipes or Sanafoam Vaporooter (Sewer foaming ) for tree root control.  Drains in a state of collapse can be relined or replaced

Examples of some of the more extreme tree roots in pipes..

Unseen intruders can create chaos
According to the Bureau of Meteorology, last month was Melbourne’s wettest autumn month in a decade. The bureau says 102 millimetres fell on the city last month, making it the wettest April since 2001.
It seems that Melbourne’s drought has broken at last. It’s great news for your garden, but potentially worrying news for your drain pipes.
That’s because tree roots thrive in a moist, nutrient-rich environment – exactly the type of environment you’ll find inside your sewer.
If roots have invaded your pipes, they may be silently, insidiously growing and multiplying.
And you won’t even know they’re there until disaster strikes – a disaster such as broken or blocked pipes or even a collapsed line.
Silent invaders
Roots find their way into your pipes through vapour leaks. Because the water flowing through the pipe is warmer than water flowing through the soil, condensation appears on the crown of the pipe.
Tree roots are attracted to this water vapour and they follow the vapour trail to the source of the moisture, which is usually a crack or loose joint in the sewer pipe.
Once the roots have penetrated the pipe, they thrive in the in the nutrient-rich environment within. Fine white root stems form at each entry point and the root mass hangs down like a veil across the inside of the pipe accumulating deposits of grease, slime and other debris.
Tree roots attack
As the roots grow, they expand and exert considerable pressure at the crack or joint where they entered the pipe. The force exerted by the root growth can break the pipe and may result in total collapsing of the line.
It’s a sad fact, but once roots are in your pipes they are likely to eventually cause a drain blockage.
Be vigilant against intruders
The best way to prevent blockages caused by invading tree roots is to treat your sewer pipes with a root inhibitor such as Vaporooter.
Vaporooter is a foam-based herbicide formulated to keep root growth out of your pipes. It works by penetrating the root cell walls and bursting them, causing the root to die and decay. As the root mass decays, it rots and is swept away in the flow. Once the root mass is gone, ground pressure helps to close the cracks and gaps in the pipe where the root mass used to be. With repeated annual applications, it also prevents regrowth.
It’s also a good idea to organise a CCTV drain camera inspection of your sewer line from time to time to determine its condition and let you know if any repairs are needed.
Talk to us today about removing roots from your blocked pipes and keeping them out.